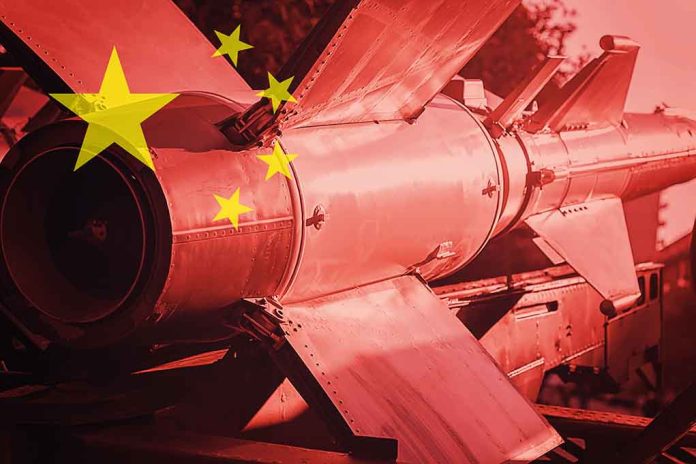 (LibertySons.org) – The Wall Street Journal recently reported China’s government is expanding its nuclear arsenal. Leaders in the Asian nation have assessed that the threat from the United States is severe enough to warrant increased defenses. China’s leaders may see their military development as a way to further deter American involvement in a potential conflict with Taiwan.

China is accelerating its nuclear weapons buildup because of growing fears of a conflict with the U.S., people with knowledge of the situation say https://t.co/Py9H62XnKj

Satellite images also convey China is perhaps increasing its number of missile silos, which could house nuclear weapons. However, the country has neither confirmed nor denied the accusation.

Experts have concerns that this move to bulk up the arsenal could mean the nation might be quicker to launch an unsuspected attack. Some say the country may stick by its no-first-use practices, but there are no guarantees. China expressed its reluctance in the past for any nuclear limitations, which could add to worries worldwide, especially if the country’s nuclear numbers surpass those of the US and Russia.

Assumptions about Taiwan aside, it’s unclear exactly why China is moving toward becoming a bigger nuclear power at this point. The Wall Street Journal said people who previously worked in the Chinese government reported the belief could possibly stem from worries that the United States may try to end the communist regime in the country. To make their case, they referred to a 2020 speech by former Deputy National Security Adviser Matt Pottinger, who spoke of waiting to see if the Chinese people wanted a “citizen-centric government” instead of a regime-centered model.