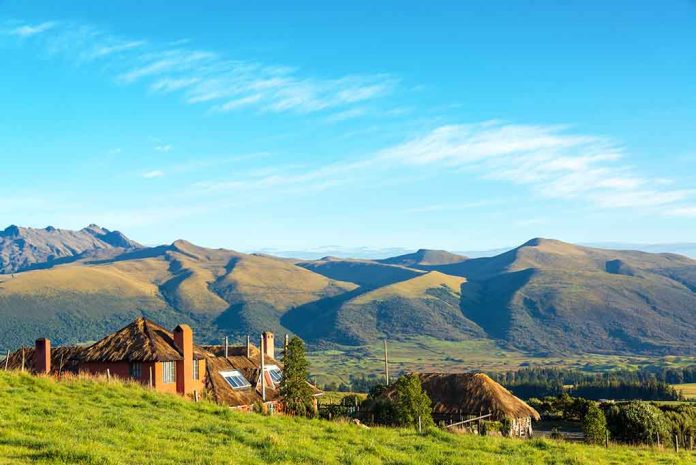 (LibertySons.org) – Ecuador has been under intense riots for the past two weeks as people fight back against rising costs for food and fuel. Some experts suggest the protests, led mainly by leftist Indigenous groups, are more of a power play to overthrow the government. Ecuadorian President Guillermo Lasso has fought multiple attempts to push him out of power, which could negatively affect the United States.

Gabriela Calderón, an Ecuadorian analyst, explained three different problems leading to the issues in the country. They include radical indigenous leadership, drug problems, and the correistas, a group that wants to overthrow the current president.

Research Fellow Gustavo Izurieta explained a large part of the current atmosphere is due to drug trafficking. The previous president allegedly turned a blind eye to drug smuggling from the South American country to the US, but the current Ecuadorian administration is cracking down on this issue. The move does not sit well with his foes.

Lasso said he’s willing  to communicate with those protesting, but the Indigenous federation has not found the talks productive so far. The South American president stated that using violence to make political moves is not okay, and he will ensure offenders face full legal consequences.

Any loss of power in Ecuador’s current leadership would be bad news for the US because Lasso is a friend to the White House and the country is an ally. Bringing others into power that are against America could damage that relationship.

In addition, the change in government could make the country more vulnerable to Chinese and Russian influence, or perhaps a takeover. Given Ecuador’s geographical proximity to the United States, the prospect would be less than ideal.