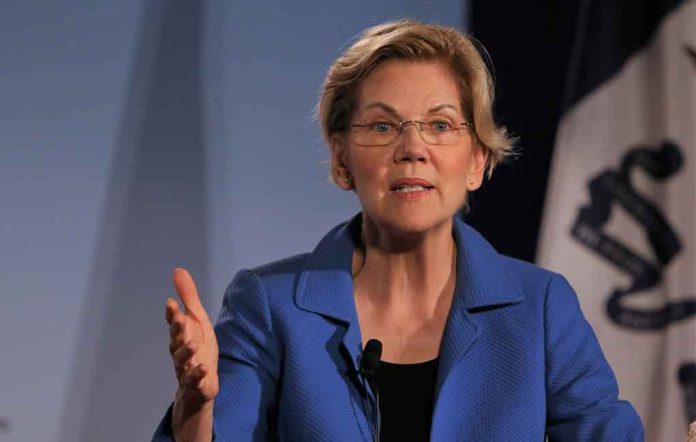 (LibertySons.org) – Senator Elizabeth Warren (D-MA) urged her colleagues to step up ahead of the midterm elections. In an interview with CNN, Warren warned that if the Democrats don’t get moving with their agenda, there could be a red wave when the ballots come in. She said they have failed to deliver on promises, which will hurt them at the polls.

‘Get up off our rear ends’ or lose badly in midterms, Elizabeth Warren warns Democrats https://t.co/aMrKA3Ewtp

The senator spoke with Dana Bash on April 24. She optimistically noted that there is a lot the Democrats can get done in the next 200 days to win over voters. She said if the Left can get things together, they will have plenty of items to sway the public for wins in November.

However, Warren conceded if they can’t start making a difference, there could be massive losses in the election for Democrats. She said it isn’t enough to talk about what they did in the past. They need to be making policies and changes now to show voters what they’re currently doing and plan to do going forward. Republicans are working hard to regain control, but if the Left loses its hold, it will have no one to blame but itself.

Bush asked Warren if Biden’s accomplishments would be enough to help Democrats win. The senator was very complimentary toward the president, but she explained his work alone is “not enough” to hold or win seats.