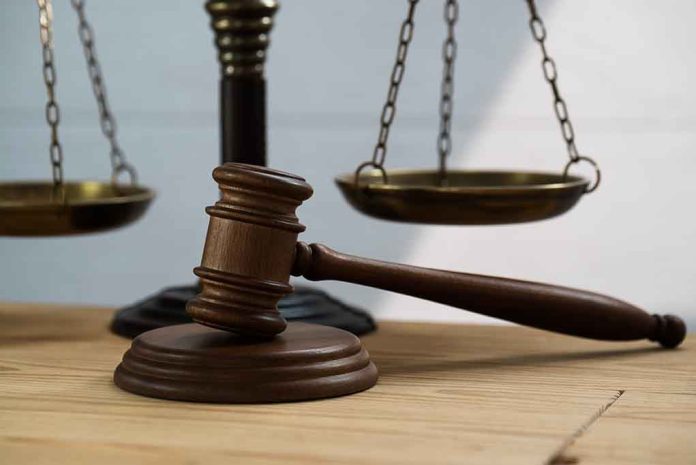 (LibertySons.org) – A court convicted Ghislaine Maxwell, the partner of disgraced sexual predator Jeffrey Epstein, of helping to traffick and groom underage girls for her friend to sexually abuse. She recently received a sentence of 20 years in prison, but never once did she admit to her crimes. In fact, Maxwell tried to claim she was also a victim, which isn’t sitting well with some people.

Dorothy Byrne, the executive producer of the documentary “Who Is Ghislaine Maxwell?,” called the woman “offensive” for portraying herself as a casualty in the scandal. The filmmaker said the victims in the situation are the young girls who lost their innocence because they trusted the socialite.

Ghislaine Maxwell Starz Doc EP: It's 'Offensive' for Her to Play the Victim https://t.co/FHwW6YV9l0

Byrne worked on the film for two years and has deep knowledge of what happened. She explained that while Maxwell’s past may not have been great, that’s no excuse for her crimes. After all, others with bad lives don’t grow up to commit such heinous acts.

Maxwell knew what she was doing, and she happily participated in return for a life of luxury. The producer opined that the prison sentence is fitting, saying abusing children is unacceptable, and anyone who does it or has a hand in it should end up behind bars.

Judge Alison Nathan, who presided over Maxwell’s case, noted during sentencing that the defendant never once expressed remorse for what she did. Maxwell only showed regret for meeting Epstein and how that event harmed her reputation for the rest of her life.