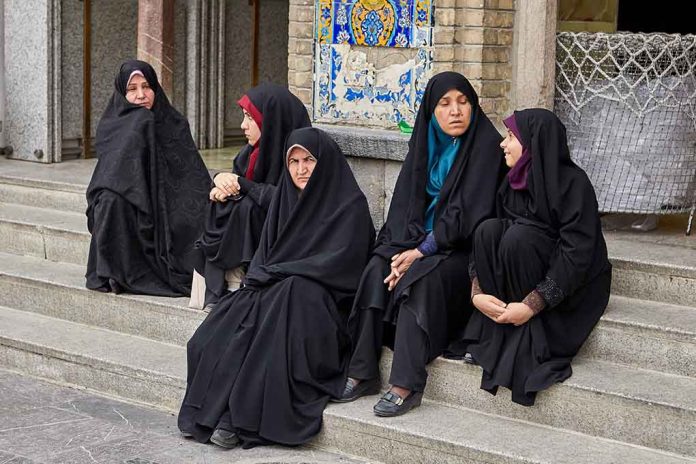 (LibertySons.org) – The morality police in Iran have been cracking down on women who are not following hijab rules. Some residents say officials are acting too rough when detaining the violators. The latest detainee turned victim was 22-year-old Mahsa Amini, who lost consciousness and died while in custody on a hijab charge. Now, her family and community members are asking if she lost her life from natural causes or police brutality.

Iranian officials claim the young woman died from a heart attack after she collapsed, went into a coma, and passed away only days after police took her to a detention center on September 13. They also stated she was unhealthy prior to her loss of consciousness.

Witnesses present when officers took Amini into custody claim she suffered abuse inside the police van on the way to the detention center, which caused the injuries that later took her life. Iranian officials denied law enforcement had the means to beat the prisoner.

Amini’s father told local news reporters his daughter was completely healthy and had no medical issues before her detainment. An official in Iran also questioned the police’s story. Dr. Hossein Karampour explained the photos he saw of the woman showed evidence of a beating, not a heart ailment. He suggested her actual cause of death could have been a “head injury.”

The Iranian’s death caused protests in the streets of the country and sparked anger across the world.