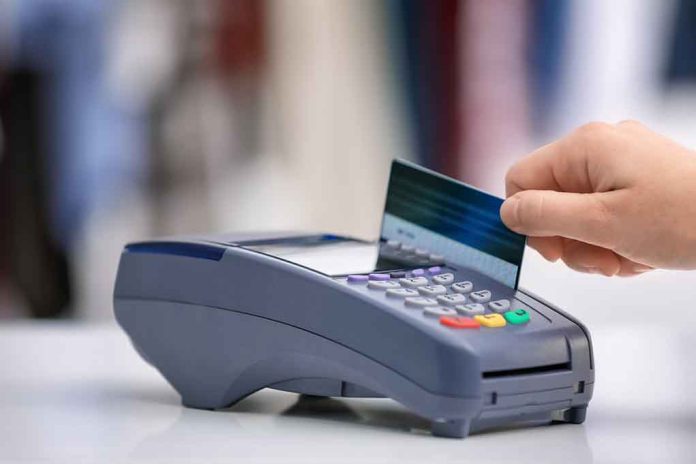 These Purchases May Soon Be Flagged…

(LibertySons.org) – On September 10, Visa introduced a new policy to begin categorizing gun purchases using the new International Organization for Standardization’s (ISO) gun sales code. Mastercard and American Express also plan to impose such tracking. The change is concerning to those who feel it comes way too close to trampling on the rights of legal gun owners in America.

On September 9, the ISO announced changes in coding purchases for firearms. Previously, gun shop sales received a general merchandise tag, but they will now receive a mark identifying them as weapons-related acquisitions. The new labels won’t show the exact items the buyer obtains but will flag all transactions at the retailers with the new indicator.

Supporters are ecstatic about the move, saying it allows for easier tracking of firearms and enables authorities to monitor suspicious sales. Recently, Senator Elizabeth Warren (D-MA) implored credit card companies to be more responsible in stopping mass shootings, which many on the Left feel the new rule might accomplish.

Credit card companies like @Visa, @Mastercard, and @AmericanExpress can and should do more to help stop mass shootings.@RepDean and I are urging these companies to step up and help identify suspicious purchases to prevent gun violence.https://t.co/kkqsYxpmzd

Opponents say it is unfair to legal gun owners to track their purchases. National Rifle Association spokesman Lars Dalseide called it politics and an attempt to further infringe on Second Amendment rights. Gun advocates say most sales are to law-abiding citizens, so the excuse of stopping mass shootings makes no sense. They say this is proof the move is more about tracking who is buying firearms than preventing crime.