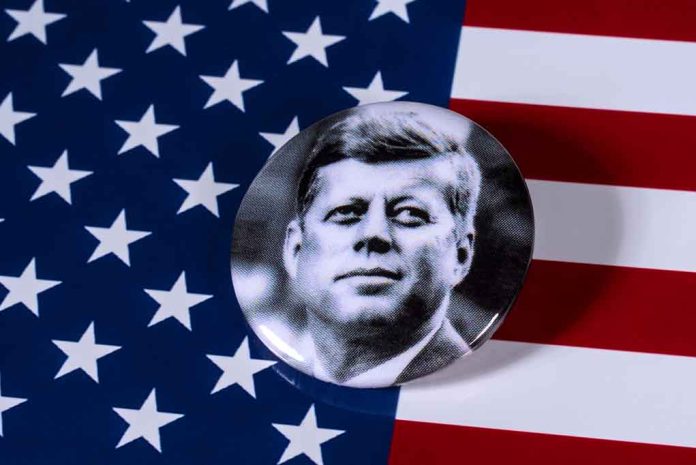 (LibertySons.org) – The official ruling in the assassination of former President John F. Kennedy on November 22, 1963, is that a lone assassin, Lee Harvey Oswald, committed the crime. Still, conspiracy theories surrounding the death have been rampant throughout the years. One idea, which suggests the US government had a hand in killing the president, is now back at the forefront thanks to a document dump by the National Archives and Records Administration (NARA).

The Release of Records

Documents related to the assassination went into a special collection at the NARA. The archive contained documents, photos, videos, audio recordings, and other artifacts.

On December 15, President Joe Biden issued a memo for NARA to release additional records from the collection. The agency made public any items that did not remain classified. Among those released was a CIA memorandum suggesting the agency had a connection to Oswald prior to the assassination.

The document connecting the CIA with Oswald suggests someone within the agency claimed he worked for them. The memo is a message about a former CIA finance clerk, James Wilcott Jr., who said the agency hired Oswald when he was serving in the Marines in Atsugi, Japan.

The assassin served at a base there in 1957, but Wilcott wasn’t working in the country until 1960. Whoever wrote the memo noted this discrepancy, saying the clerk couldn’t have firsthand knowledge of any such arrangement because he was not present at the base at the time. The person also stated Russ Holmes, a CIA member, and Kennedy assassination specialist, verified there was no contact between the CIA and Oswald. If that was a lie, the author of the note wrote “contrary records” would be found in another set of files.

The CIA Theory and Memo Analysis

Some people believe the CIA put out the order to kill Kennedy. The suggested motive was the removal of the agency’s Director Allen Dulles, who took a lot of the blame for the failed Bay of Pigs operation, leading to the president firing him.

The memo doesn’t provide concrete proof the CIA put Oswald up to murdering the president. Also, it isn’t groundbreaking that the CIA knew of the man prior to the assassination. A Senate Select Committee report from 1976 noted the surveillance of the man by federal law enforcement.

But the note does show there were internal questions about the relationship between the man who killed Kennedy and the country’s leading intelligence agency. All the JFK collection releases have revealed that the government seemed to know much more than it told the public, which isn’t surprising. Still, it validates everyone who has questioned the official narrative about the assassination, while also proving very little about Kennedy’s demise.