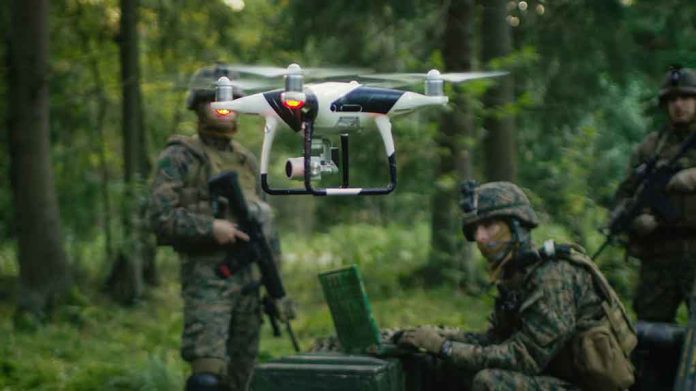 Chinese Drones Spotted – Whose Side Are They On?

(LibertySons.org) – Chinese company DJI announced on April 27 that it would suspend business operations in Russia and Ukraine, according to a Newsmax report. The company made the decision after learning about the use of its drones in the conflict. Reuters noted DJI is the first China-based company to stop doing business in Russia due to the nation’s actions against Ukraine.

Officials in Ukraine have leveled accusations against the drone company for aiding Russia. Reuters reported they claim DJI is providing Russian officials with information on the Ukrainian military. The company denies the allegations.

The decision to stop business in Russia is an odd one since Chinese officials have urged companies to keep working as usual. China has taken the stance not to condone the Kremlin for its actions in Ukraine.

A DJI spokesperson told Reuters the company wants to protect its “principles,” and the move isn’t a statement about support or condemnation of any country. The representative went on to say the company doesn’t want its products used to “cause harm” and wants to be sure they aren’t becoming tools of war.

Newsmax reported that testing of DJI drones occurred in Syria. There, people learned how to use them as weapons and tools for dropping bombs and gathering information. However, the company claims it stopped all use in that nation as well.