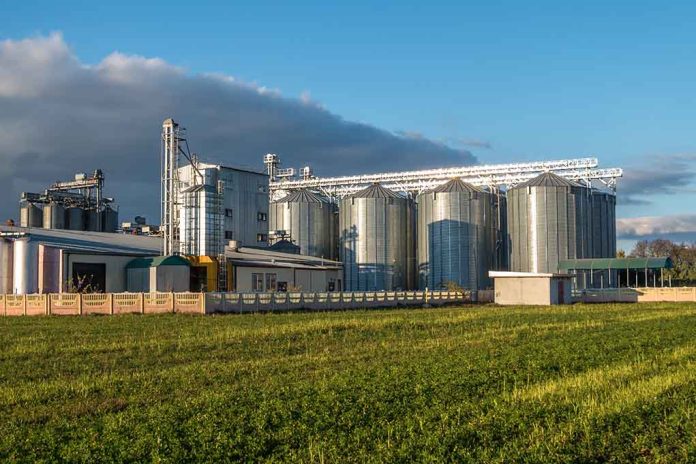 (LibertySons.org) – A community in North Dakota is battling a Chinese company that plans to build a $700 million corn mill operation in their backyard. Local officials said the business has ties to the Chinese Communist Party, and residents alleged the project would put national security at risk. The fight made its way to Washington, DC, where Senators are speaking out against the deal.

Fufeng USA bought 370 acres of farmland at $26,000 an acre. While the sale went smoothly, the plans to build the corn mill just 12 miles from Grand Forks Air Force Base brought up objections. This military operation houses classified drone technology and handles global military communications. Some residents feel having a Chinese company so close to such information is too risky.

Locals also expressed concerns over the potential pollution and the excessive water usage it would take to run the operation. Frank Matejecks, the owner of Red River Angus Farms, which is near the site, pointed out there is not enough corn produced in the area to supply the mill, calling the whole thing suspicious.

Residents have been trying to stop the project by suing the city, collecting signatures to petition a vote on the project’s future, speaking out at town meetings, and posting signs in their yards.

According to CNBC, Senator Kevin Cramer (R-ND) is skeptical about the intent behind Fufeng USA’s plans. Senator Mark Warner (D-VA) said there is something questionable about a Chinese company wanting to be so close to a military operation. Senator Marco Rubio (R-FL) agreed that the issue requires addressing.