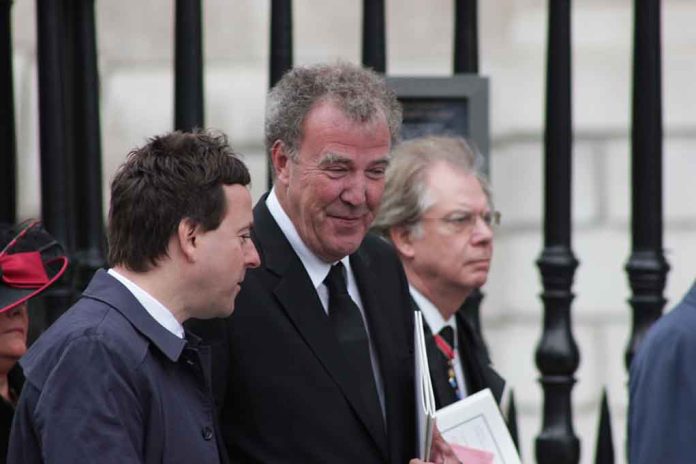 (LibertySons.org) – In his May 15 column in The London Times, Jeremy Clarkson made an alarming prediction that the conflict in Ukraine could lead to cannibalism. While the British host is known for being funny and making outrageous statements, he didn’t appear to be entirely joking with his views. The TV personality made some valid points about how the rising costs of farming could lead to severe food shortages.

TV presenter Jeremy Clarkson said that global food shortages caused by the war in Ukraine could eventually lead to cannibalism, and he only appeared to be half-joking.https://t.co/p8aMAlPt35

Clarkson proclaimed, “hunger makes people eat their neighbors,” while he blamed governments for not stepping in to respond to inflation. He said ongoing unaffordable or unavailable food was a crisis the world could not allow to happen.

He explained that he doesn’t worry about climate change, despite world leaders hyper-focusing on it, and he didn’t get too worked up over COVID-19 because he figured someone smart would solve those problems. But he does worry about food shortages.

Clarkson pointed out how vital Ukraine and Russia are to the global food supply, specifically wheat. He noted nations that rely on imports from those countries won’t get anything in the fall because it isn’t available. And that’s just the beginning of the bad news.

The Grand Tour presenter said if the costs of farming don’t come down, more farmers could walk away. If this happens, it’s only a matter of time before some products just aren’t available, and people just might get desperate in their hunt for a source of food.