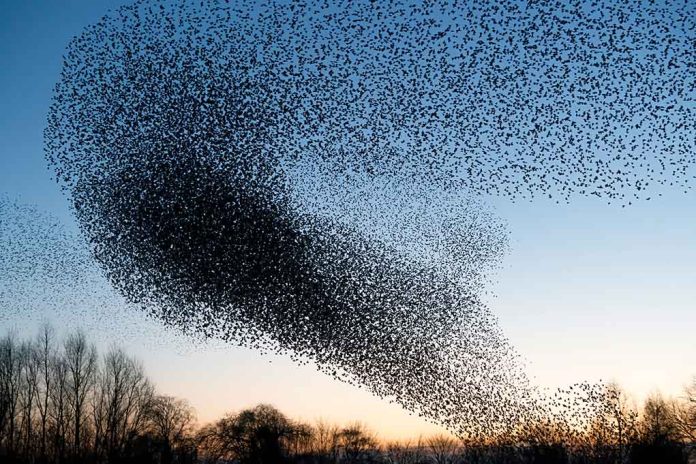 (LibertySons.org) – Conspiracy theories have a way of gaining huge followings. Look at flat Earthers as an example. Sometimes, these outrageous ideas take on a life of their own, like the Birds Aren’t Real movement. However, insiders knew a little secret about the theory in the latter case.

It turns out the Birds Aren’t Real movement was a total farce. From the very beginning, organizers knew it was a joke. The whole goal of the movement was to troll people who believe in conspiracies to show how quickly misinformation spreads.

Birds Aren’t Real, or Are They? Inside a Gen Z Conspiracy Theory. https://t.co/go74bEnXpJ

Peter McIndoe created the idea to throw out a conspiracy theory, saying birds are surveillance drones operated by the government to spy on Americans. He took things so far there is a website explaining how the feds got rid of all the real birds, replaced them, and maintained the drone flocks.

He’s been able to keep the farce going since 2017 and gained many followers. However, many of them are insiders who knew the conspiracy was just a parody. So they’ve played along and taken on the persona of conspiracy theorists.

McIndoe explained his work has been to show how easy it is to fall for false information. He succeeded in perpetuating the fake narrative of misinformation, but now he wants to assure the public none of it was real. All along, birds have been and continue to be living, organic beings.