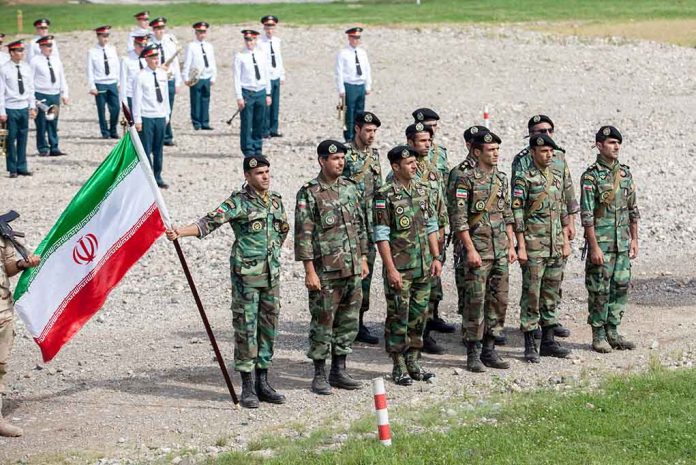 (LibertySons.org) – Axios broke the story on March 16 that President Joe Biden is considering removing the Islamic Revolutionary Guard Corps (IRGC) from the terrorist list. The move is allegedly to get Iran to commit to de-escalation. It also ties into the Iran nuclear deal the White House is working to revive.

In 2015, under the Obama/Biden administration, the US entered into an agreement with Iran to lift sanctions on the country if it committed to taking specific steps to slow its nuclear program. Biden is trying to revive it because former President Donald Trump withdrew from the deal when he was in office. Trump also placed the IRGC on the Foreign Terrorist Organization (FTO) list in 2019.

Iran’s leaders have told Biden that they won’t enter any deal if the United States doesn’t remove the IRGC terrorist designation. The president is actually considering giving in to the demand.

Why the FTO Designation Matters

The IRGC is an Iranian military organization, but it also has a lot of political and economic influence. A spot on the FTO means nobody can do business with the group. If they do, the United States could press criminal charges against them.

Removing the IRGC from the list is highly controversial. Republicans and some Democrats strongly oppose the idea due to accusations the group has been responsible for multiple human rights violations and selling weapons to other terror organizations. It could create significant political waves for the Biden administration, and not just in the United States. It also could harm relations with allies, such as Israel.

Critics say if Biden moves forward on this idea, it will only embolden Iran and place the US and its allies in danger. A fellow at the Washington Institute and former counterterrorism official, Matthew Levitt, noted that the desire to get the IRGC off the FTO is purely financial. Iran wants to be able to deny any terrorist activities to bring in new investors.

Attempts to Appease and Potential Decisions

Inside sources told Axios that the administration is considering applying conditions to an FTO removal. Biden may include a clause that if Iran fails to de-escalate, the group returns to the list.

White House officials continue to call any talk about the IRGC removal from the FTO as speculation. They deny the administration has made any final decisions.

However, this seems to be a sticking point, holding back the ability for Biden to reenter the nuclear agreement with Iran. If he doesn’t move forward on it, the whole deal may crumble. Could the negative consequences of removing the IRGC from the FTO not be enough to persuade him to leave this idea on the drawing board?