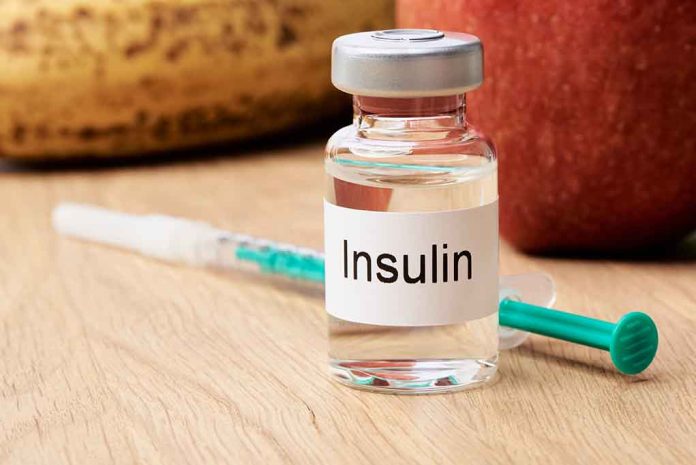 Biden Falsely Claims to Have Met Man Who Invented Insulin

(LibertySons.org) – Diabetes is a serious medical condition in which the body does not produce enough insulin, a hormone that regulates blood glucose levels. President Joe Biden, while speaking at an event in Hallandale, Florida, on November 1, confused his facts a little when talking about the hormone. He claimed to have met the man who invented insulin, but there are several issues with his statement.

Is Biden channeling the dead again?https://t.co/B9jCPYmDyP

Biden was on the campaign trail trying to drum up support for Democrats before the midterm elections. He spoke about how the Inflation Reduction Act would help reduce healthcare expenses and mentioned diabetes, explaining the law would cap insulin drug costs at $35.

Biden explained insulin was never patented because the inventor wanted it to be available to all. He also claimed to know this because he’d spoken to the man.

One issue here is obvious. Because the body produces insulin, nobody invented it. The second problem is Dr. Frederick Banting is the person who discovered the hormone, and he died in 1941. The president wasn’t born until November 20, 1942, so he couldn’t possibly have ever spoken with the man.

Biden did get it right that Banting refused to have his name on the patent. The doctor did so because insulin “belongs to the world,” not to him.