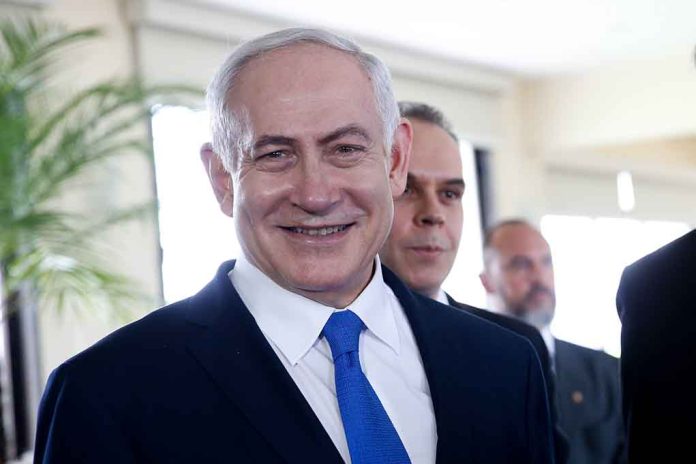 (LibertySons.org) – Israel gave former Prime Minister Benjamin Netanyahu the boot in 2021 when rivals formed a coalition for the purpose of ending the conservative’s reign. But that group has dissolved, meaning Netanyahu could again rule the country. If he ends up back in power, the shift could be bad news for President Joe Biden and his plans in the Middle East.

Israeli opposition leader Benjamin @Netanyahu could be on the path back to power at an inconvenient time for President @JoeBiden and congressional Democrats.

The former PM isn’t hiding his delight that the group which forced him out of office no longer exists. He told reporters on June 20 there are changes afoot. The fallen leader added that he’s ready for the upcoming elections, which mark the fifth since 2019, feeling confident he will win.

During the Obama-Biden administration, Netanyahu was less than willing to play nice. He had a close relationship with former President Donald Trump, which doesn’t seem favorable to Biden, who is planning a Middle Eastern tour with a stop in Israel.

Former Prime Minister Naftali Bennett said the meetings with the US leader are essential for the nation. He explained the country needed to work with the United States to stop Iran from making nuclear weapons and build stronger relationships within the region.

Biden needs the tour to go well because the US needs to secure more oil production and deter nuclear moves in Iran. However, with Bennett out of power, Biden will meet with the interim PM, who may not be up for making any deals.

What happens if the Israeli opposition leader comes back into power? Will it complicate Biden’s plans in the Middle East?