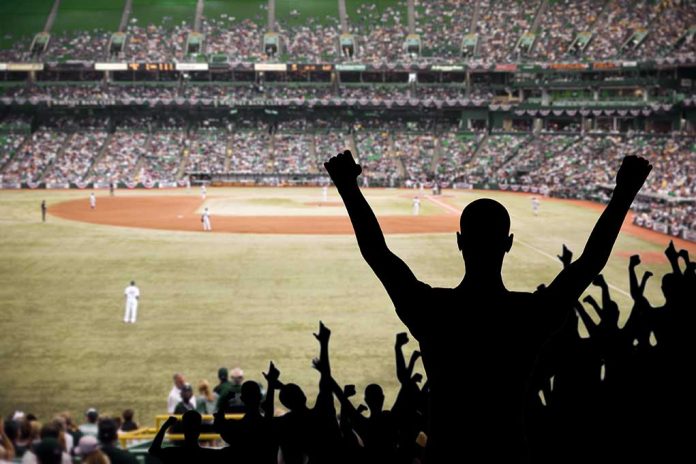 (LibertySons.org) – Sports are a major source of entertainment in the United States. They are an industry making billions of dollars every year due to the sheer size of the fan base.

Regardless, in recent years, some people are pulling away from sports due to what they feel is an increase in politics within the industry. However, there may be hope for the future if a left-handed Little League pitcher from Sioux Falls, SD, has anything to do with it.

Gavin Weir is a 12-year-old baseball player who’s making news. In August, he pitched four no-hitters, an incredible feat. His outstanding performance led to his team reaching the Little League World Series, which began on August 19 and ended on August 29.

The young pitcher didn’t give up a run in his 43 2/3 innings pitching in postseason games. Only one batter could get a hit off him, and Weir struck out 114 others, putting his strikeout rate at 86.4%. The best rate of players in the Majors is 34.4%.

There’s no doubt this kid is something special. He’s a role model for other kids and adults alike.

A Solution to the Shaky Sports Situation

In the past few years, politics have become prominent in professional sports. There was the move by Major League Baseball to move the All-Star game in 2021 out of Atlanta as a protest of election laws. Then fans saw numerous players kneeling for the National Anthem in support of the Black Lives Matter movement.

These events raised the ire of some fans, who decided to swear off the sport. They defended their decisions by saying fans want to watch baseball for entertainment and not deal with more politics.

In light of the love/hate relationship with professional players, maybe adults can look to Little League. Weir is leading the way, and he seems to remember what the game is all about. The baseball prodigy credits his success to teamwork and being humble. He’s committed to living every moment in the best way possible and understands the whole point of the game.

While he may win more than he loses, the 12-year-old seems to understand the game isn’t all about winning. Even when he can’t pitch due to count limits within the program, he plays his heart out at-bat and cheers on his teammates.

Weir is a nice alternative to arrogant professional players and teams who want to make the sport about political grandstanding. Plus, he’s offering nothing but pure talent on the mound and at-bat. Isn’t that what baseball fans say they crave?

The Series games will be the last time Gavin plays Little League as he’s aging out of the program. Despite his exit, the lessons he taught fans this year will stick around the baseball fields for seasons to come.