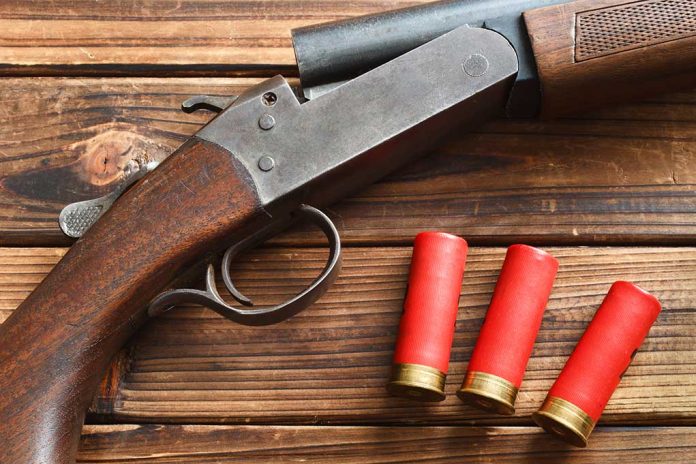 (LibertySons.org) – On New Year’s Eve 2019, prosecutors say Nikki Sue Melissa Entzel and her boyfriend Earl Howard murdered her husband, Chad Entzel. During opening statements on September 27, the state painted a picture of two desperate people’s attempts to stage a crime that investigators quickly unraveled. Now, the widow is facing conspiracy to murder charges, and her love interest will testify against her.

Love Triangle Murder Defendant Told Missing Husband’s Worried Co-Workers She Was Too Busy to Check on Him: Prosecutor https://t.co/Uvo38yIF63

A frantic call from Nikki Sue Melissa Entzel on January 2 brought officers to the home she shared with her husband. But that was not how she planned the discovery of his body. Days earlier, on December 31, the scheming couple waited for their unsuspecting target to return home from a night of bowling and killed him with a shotgun in the upstairs bedroom. They staged it as a suicide by leaving behind the weapon and carefully removing one of the shells that would have shown they shot twice. The pair then sat a space heater close to the bed, hoping to start a fire.

Their plan failed, and the bed didn’t go up in flames. So, Entzel returned to build a small fire on the furnace, hoping that would do the trick. By January 2, nothing had ignited, and her husband’s co-workers were starting to ask questions. She then returned to her home and made the 911 call.

Investigators found a lot of smoke and smoldering debris on the furnace, which they easily extinguished. They also discovered the dead body. A further look into the situation revealed the attempt to start multiple fires, as well as two gunshot wounds on her husband’s body. Police realized things weren’t adding up to suicide.

Howard already went to trial and received a conviction for conspiracy to commit murder. Entzel is facing the same charge. Authorities couldn’t prove who pulled the trigger to get a murder conviction against either defendant.