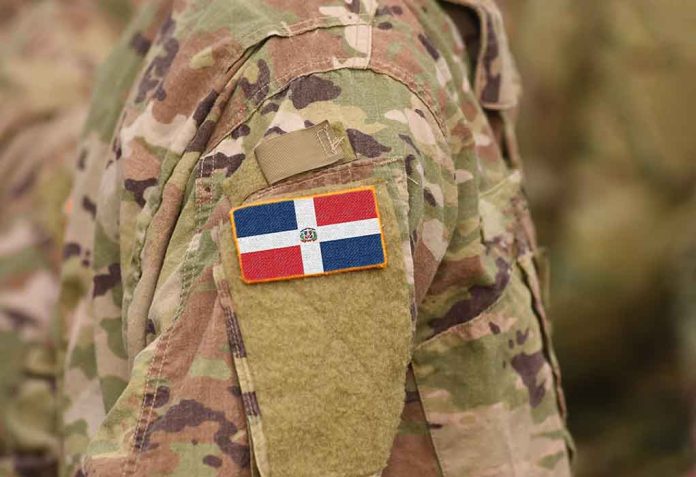 (LibertySons.org) – One of the biggest issues during the Trump administration was his plan to build a wall at the southern border. Arguments against it were that barriers don’t work. But this falls flat when looking at all the examples of walls that do work, including the latest one going up in the Dominican Republic.

Dominican President Luis Abinader announced the wall will cover about half of the border with Haiti. The construction will help to keep crime at bay by preventing smuggling.

Many Haitians cross the border clandestinely in search of work in the fields or in the construction industry in the Dominican Republic. https://t.co/72HTvsM1fg

Abinader explained the wall would be beneficial to both Caribbean nations as it would help to fight the crime crisis. The barrier will be 12.8 feet tall and 7.8 inches thick. Made from concrete, the structure will also have cameras, sensors, drones and radars. In addition, it will have 41 access gates and 70 watchtowers to allow for patrols.

The Dominican Republic has struggled with crime pouring over from Haiti, which is known for having a violence issue. With the growing popularity of its tourist industry, the island nation cannot afford to allow its neighbor’s crime to spill over. The problem is especially pressing since the United States issued a travel advisory after the kidnapping of a missionary group in Haiti.