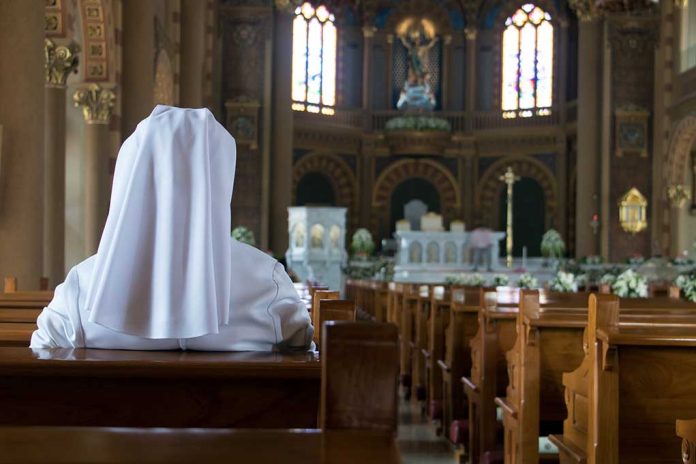 (LibertySons.org) – While religion is a very personal topic, looking at the church, it seems like more people may be back away from organized groups. According to polls and surveys on the topic, spirituality in the United States appears to be on the decline. In fact, the number of nuns is down a startling 76% from just 50 years ago.

The Pew Research Center conducted a survey in October 2019 showing a decrease of 12% in individuals who described themselves as Christians between 2009 and 2019. Those saying they had no spiritual affiliation rose from 17% to 26% during that same timeframe.

The nun crisis within the Catholic Church is another example of people less willing to dedicate themselves to God. The decrease is primarily the result of aging sisters without the numbers to replace them as they pass on. A 2014 report by Pew Research Center showed the decline over multiple decades. Starting in 1965, about 180,000 women wore the habit, but membership dropped to just under 50,000 by 2014. Priest counts are lower as well.

Protestants are also seeing faith troubles. One of the biggest religious institutions in South Dakota, the Evangelical Lutheran Church in America, watched its congregation shrink by 40% in the past 30 years.

The results aren’t surprising, considering a March 2021 Gallup poll revealed that only 47% of adults said they were church members, which starkly contrasted to the 73% attendance in 1937. Could these trends signify that Americans are losing their religion?