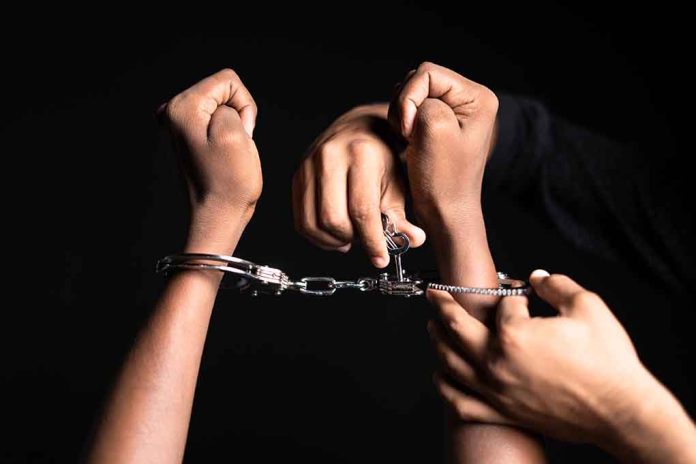 (LibertySons.org) – A New York Police Department (NYPD) report showed Charles Dickens Imene Oliha, a diplomat from the Ministry of Foreign Affairs and International Cooperation in South Sudan, faced rape accusations on August 21. Officers did detain and begin questioning him, but the foreign official revealed his diplomatic immunity. They then had to let him walk free.

Diplomat accused of rape in NYC but released because 'full immunity'… https://t.co/bxCDBWAbB8 #drudge

The alleged victim lived in Oliha’s apartment building, Wadsworth Terrace. She told police the diplomat followed her to her door after she took a neighbor’s dog out for a walk. Despite her rebuffing his advances, he reportedly forced his way inside and raped her twice.

His release from custody is due to an international law the United States recognizes. Diplomatic immunity provides that police cannot detain or charge a foreign dignitary with a crime. Still, neither global nor US law prevents officials from kicking Oliha out of the country.

The New York Post attempted to get a comment from the accused man, but two women at his apartment refused to say anything about the matter, and he was unreachable. The outlet spoke with South Sudan Embassy Representative Cecilia Adeng, who said she was unaware of any allegations, but she would follow up on the situation. The rep noted such behavior, if it did occur, was unacceptable.

New York City Mayor Eric Adams’ spoke out against the incident, saying the city does not tolerate “sexual assault of any kind.” The investigation is still ongoing.

What do you think about a law allowing diplomats to freely engage in illegal activities in foreign countries without repercussions?