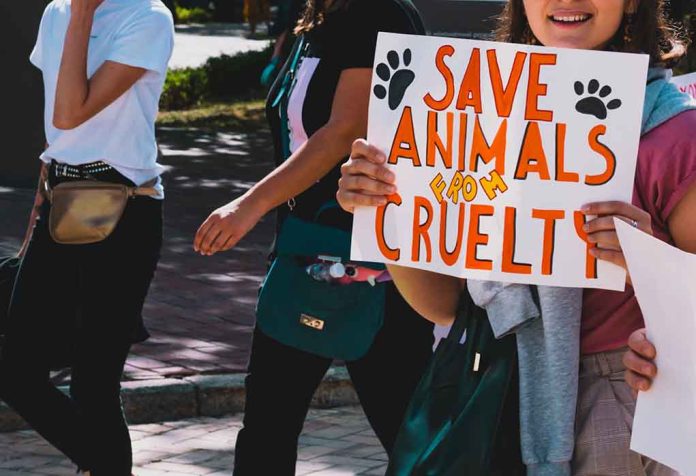 (LibertySons.org) – In the name of protecting the environment, some countries have implemented regulations on the agriculture industry, such as limiting nitrogen admissions, to clean up operations. Activist groups are also working to target this industry. The latest move comes from Animal Rebellion. Operating in the United Kingdom, the organization backs a new trend where people go into stores, open milk cartons, and pour them on the floor.

The “milk pours” occurred in eight places on October 15, according to the group’s Twitter account. The demonstrations aim to bring attention to the dairy industry’s environmental destruction. Animal Rebellion claims meat and dairy companies create more emissions than oil companies.

The dairy industry is incredibly environmentally destructive.
🔥The world’s top 5 meat and dairy corporations are now responsible for more GHG emissions than Exxon, Shell or BP.
We NEED a #PlantBasedFuture now. And we must take action until @10DowningStreet listens. pic.twitter.com/fzUyyzy1qD

The organization supports a complete change to veganism, which they believe would “restore wildlife populations.”

Despite the intentions, the backlash for the protests hasn’t been on the activists’ side. Some people have said wasting milk is not the right approach, especially when food prices are soaring. Others expressed concern for the employees who have to clean the mess, calling out the protestors’ privileged attitude. Even fellow vegans did not think this was the way to get out the message about the dairy industry.

What do you think about the group’s actions? Do you feel they’re out of line?